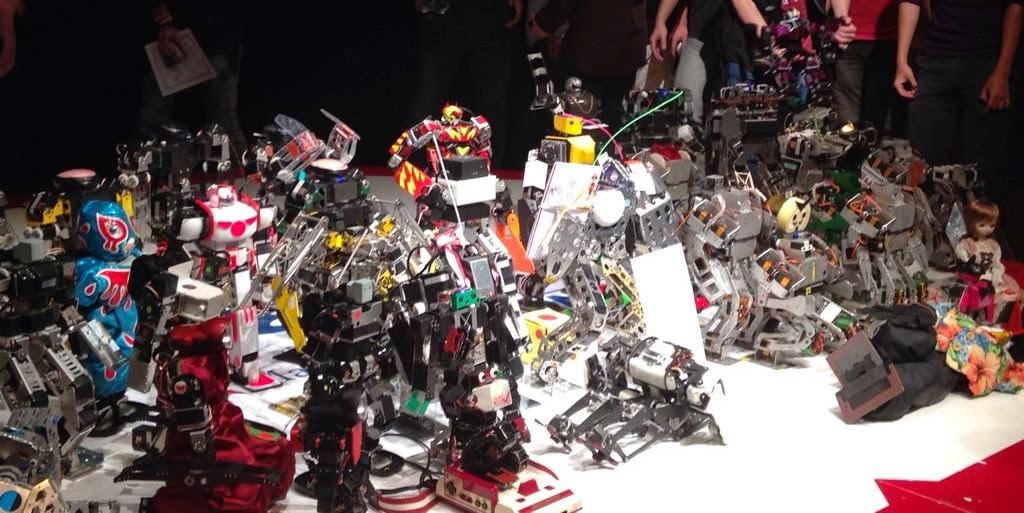 Regulations of ROBO-ONE 25th
The major regulation was the weight of robot, which was 3 kg or under 3 kg.  Details of the body regulation were same as those of the 24th.

ROBO-ONE 25th was held as the tournament with 48 robots upper place robots in the preliminary 4.5 m Footrace including winners of the local robot competitions.

ROBO-ONE 25th Tournament (Light Class, 3 kg or Under)
Side punch has been prohibited since ROBO-ONE 23rd Tournament in the robot fight.

Sanzai-san also reported results and details of the tournament, the 1st stage, the 2nd stage, the 3rd stage, Quarterfinal and Semifinal, for the 3rd place and Final matches (in Japanese).


The 2nd Stage, 10th Match: Metallic Fighter vs Neutrino-Я
The winner was Neutrino-Я.


The 3rd Stage, 3rd Match: MP-01A3 Frau vs Obelisk
The winner was Obelisk.