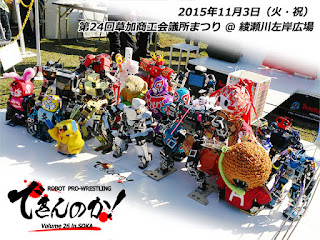 Robot Professional Wrestling Match, `Dekinnoka!26`, sponsored by Omata-san took place in Soka City on Nov 3, 2015 during Soka Fusasara Festival 2015.   Two pre-matches and 4 matches were carried out in the 26th.   Six matches started at 2:15 pm.   Results of all matches were reported here and details were also reported in Sanzaisan's blog (in Japanese). 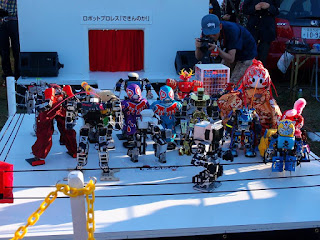 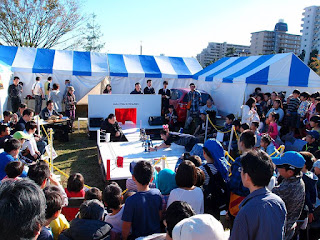 Robot Pro-Wrestling `Dekinnoka!` took place  during 8 years. `Deknnoka!` has been also supported by the members of Kanto-Robot-Training-Group.