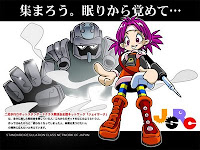 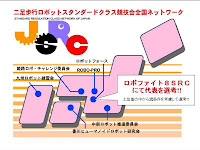 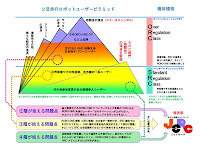 ROBO-ONE and almost other robot competitions have only open class and did not divide the class as standard class and open class. There were not standard class except for ‘Robofight’ and ‘Robogong’ produced by Mr. Iwaki. Therefore, the third class robot builder could not win the competition because of the difference of power of the robot. As the standard class includes the third class and the forth class, JSRC is expected to increase the opportunity joining the competition for builders who are remodeling the robot kit or beginner with kit robot.
投稿者 IKETOMU 時刻: 7:50 AM