More than 80 robots joined the COLOSSEO. All competitions in the COLOSSEO were shown on ‘Ustream HOBBY ROBOT COLOSSEO’ by Ishikawa-san and Tobby-san and videos were keeping in the channel.

Robot Survival Games such as Extermination Battle, Flag Battle, Fortress Battle and Rumble Battle were carried out. Robot Survival Game was planned by Tanaka-san and Bishii-san. Mobile, not only multi-legged robot or biped robot but also mobile with wheel or caterpillar, which equipped with toy gun, hit sensor and camera system, can join to play survival game. 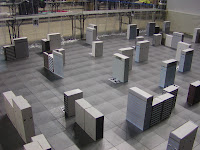 Pictures of joined robots were as follows; 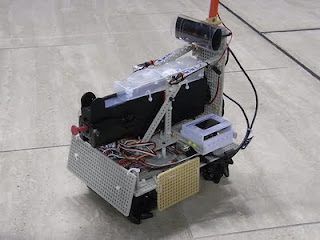 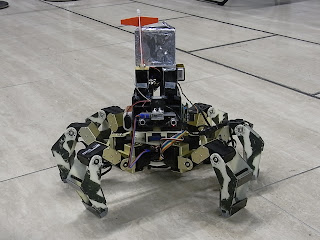 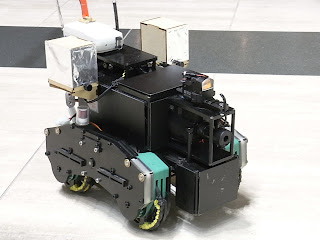 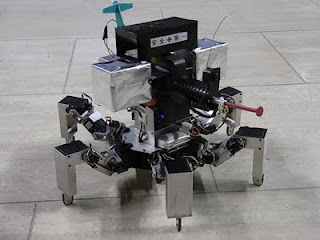 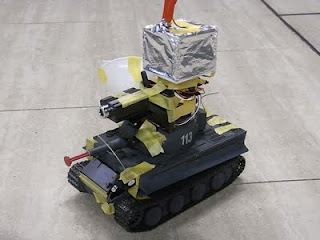 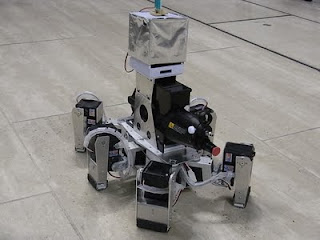 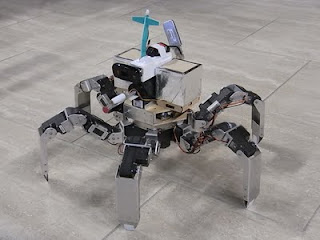 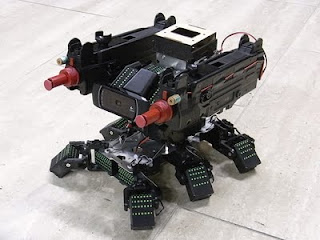 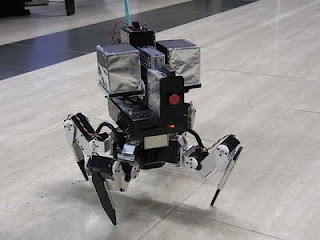 Flag Battle:
Each team builds fortress and set a flag in each territory. Each team fights to shoot down flag in the enemy territory. The winner is the team shot down the enemy flag within 5 minutes or the team which has larger number of survival robot after 5 minutes in the case of each flag does not shoot down within 3 minutes.
Video is keeping in the ‘Ustream HOBBY ROBOT COLOSSEO’ 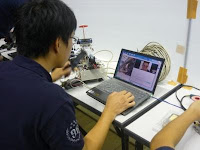 Rumble Battle (without camera system)
All robots fight each other and just one robot survival is winner. Rumble fight was carried out without using camera system. The winner was Butank, custom-built by Osaru-kun.

Fight a duel
Just 2 robots fight in the field. Using of full field and fighting time was 5 minutes.

Noborizaka-san also uploaded videos of the 8th Robot Survival Game in his channel.

The continued development of the robot survival game will bring new members into the discipline with tracked robots, multi-leg, biped, improving the whole thing! The very idea of seeing all this is AWESOME !!!!!