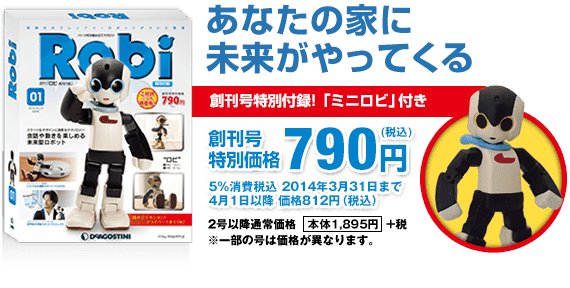 DeAGOSTINI re-issued weekly magazine, `Weekly Robi` with biped robot parts of Robi on Feb 25th, 2014.  Robi parts are attached every weekly magazine.   Robot will complete with 70 volumes of magazine. The first issue price is 790 yen including tax. Price of the 2nd issue will be 1895 yen excluding tax.