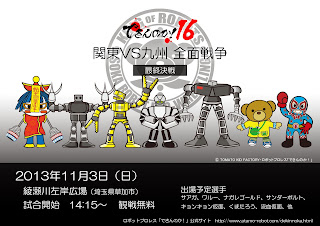 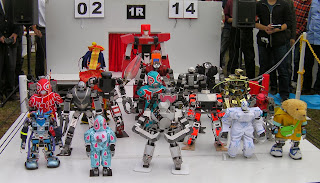 Robot Pro-Wrestling `Dekinnoka!` took place  during 3 years. `Deknnoka!` has been also supported by the members of Kanto-Training-Group.