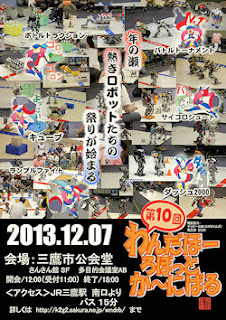 The 10th Wandahoo Robot Carnival will be held at Mitaka City Public Hall in Mitaka City, Tokyo on Dec. 7th, 2013.