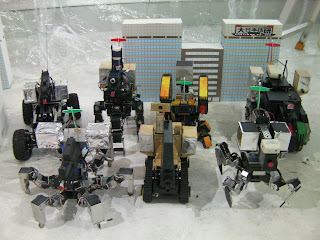 The 11th Robot Survival Game took place at AKIBA CULTRES ZONE, Tokyo on Apr. 29, 2012.   Robot Survival Game was planned by Tanaka-san and Bishii-san. Mobile, not only multi-legged robot or biped robot but also mobile with wheel or caterpillar, which equipped with toy gun, hit sensor and camera system, can join to play survival game.  The 1st Robot Survival Game took place at Akihabara, Tokyo on July 19, 2010 and the game takes place every 2 months. Tanaka-san also planned several kind of survival game, such as Extermination Battle, Flag Battle and Fortress Battle. 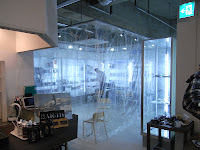 Joined 7 robot were divided into two teams. Gons-san Team members were Denryu (Gons), BLACK TIGER L45 (IKETOMU) and CR CANNON (Yoshida).  Noborizaka-san Team were Stallone (Noborizaka), Yabusame (mota), Gonbei Mk-Ⅱ(B-saku) and Aisgis (Tanaka).  One team was consisted with 3 robots, one of three robots was controlled without camera system and laser sighting system, other 2 robots were  controlled by camera system in all battles except for Battle Royal (Rumble Battle).    Battle Royal was carried out without camera system.  The details were also described in Sanzai-san's Blog (in Japanese). 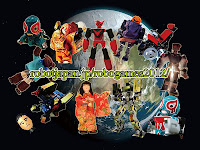 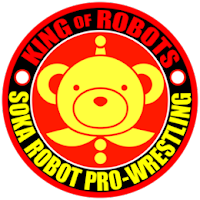