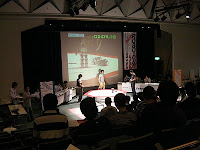 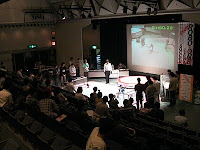 KONDO KAGAKU CO. LTD. announced new servos, KRS-4034HV and KRS-4033HV will be put on the market. The shipment is scheduled on May 20th, 2010 from KONDO’s web shop or other shops. KRS-4034HV ICS succeed to KRS-4014HV ICS and KRS-4013 also succeed to KRS-4013HV ICS respectively. New servos are suitable for KONDO controller, RCB-3HV and RCB-4HV. Specifications of new servos are as follows: 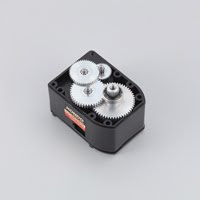 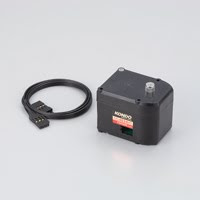 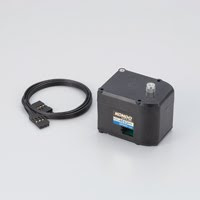 KONDO CUP, Robot Soccer Game started on June 5th, 2006. Almost every 2 month held games. There are two classes, one is KHR class which KHR-series robot such as KHR-1, 2, 3HV can attend the games. KHR robots changed 4 and less than 4 high-torque servos also attend the KHR class game. The other class, open class in which robots using just KONDO servo motor can attend the game and using of number of high-torque servo is not limited. Open class games also took place at ROBOSPOT on April 25th, 2010.

The final game was ROBOCCO vs J-SKY. J-SKY got 1 goals. The champion team of the 20th KONDO CUP open class was J-SKY. The result is here.

Some videos, A-league are as follows: