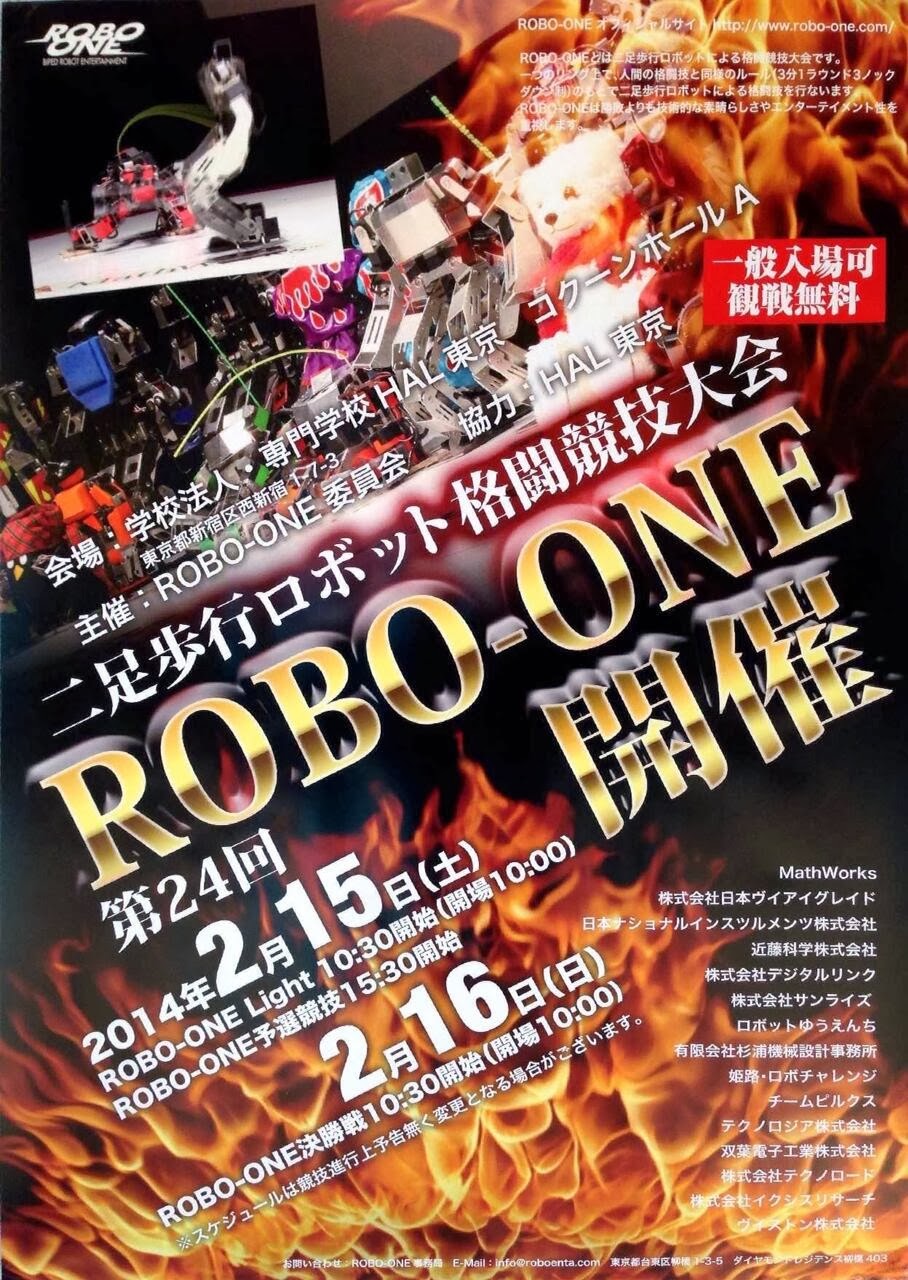 Regulations of ROBO-ONE 24th
The major regulation was the weight of robot, which was 3 kg or under 3 kg.  Details of the body regulation were same as those of the 23rd except for prohibited attack from sitting position in the robot fight tournament.

ROBO-ONE 24th  was held as the tournament with 48 robots upper place robots in the preliminary 4.5 m Footrace including winners of the local robot competitions .

The tournament winner was Obelisk by Team of Shibaura Institute of Technology.  The 2nd place was Leghorn by Nakayan-san.  The 3rd place was Haduki by ROBO-Mecha Kobo.  The 4th place was Ifureat by Akitsuka-san.  Result of the tournament is here. 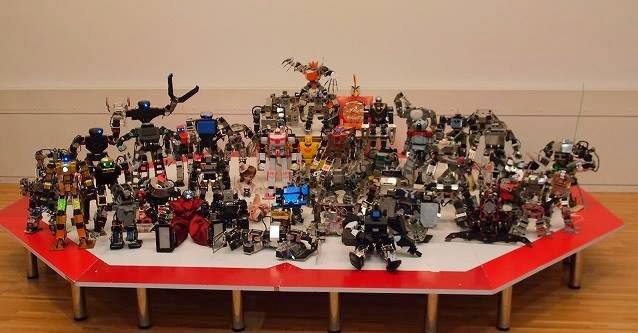 Interesting videos of the tournament were as follows;


Semifinal Match 1: Obelisk vs Haduki
The winner was Obelisk.


Final Match: Leghorn vs Obelisk
The winner was oberlisk.