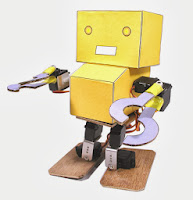 Danbot, a new robot kit for beginners was put on the market by Asakusa Giken on Sep 25, 2013.  Beginners can move Danbot without using PC, but using just TV remote control and also can make program of the robot by using TV remote control. 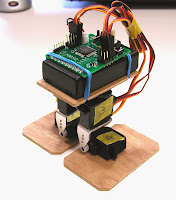